Projects I made for myself for no reason. Just to create something fun and maybe useful 👻

Web extension for Chrome browser that improves tab navigation user experience. Working on it at my job hunting period.

Chrome extension that converts voice to text. The difference between hundreds of similar extensions and services, that it works on any tab, no need to keep one tab constantly open.

This Chrome extension replaces the boring default cursor to something more fun and cute.

Sending short funny quest with a personal message at the end. Over 10K custom gifts (16% conversion rate) were generated over last year. No promotions, it spreads alone.

WIll predict any user’s number, using a simple mathematical trick. Don’t believe? Check it out!

That was the personal fiasco, I invested too much time in coding and missed important UX issues.

Shiny blinking HTML particles that will bring a magic touch to buttons and other elements. 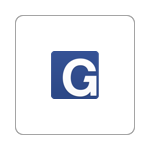 Online crowdfunding platform similar to gofundme. Worked over 1 year on that project. Designed more than 100 screens, sign-up, campaign creation, donations, and many other pages.

Live Sports Scores. More 10M+ satisfied users, 4.6 rated. My role was at redesigning according to the material design philosophy.

Hip-hop mixtapes, DJ remixes, and originally created tracks. The app is just for client, and WEB is for uploading tracks. To my great sorrow, this app isn't avialable anymore on stores.

Location based anonymous timeline. Was never launched. I worked on animation, design system and UI.

© Design is the visual metaphor of environment reality